Good morning! Today Troy continues about the investing for beginners series. You can check the previous posts about What are stocks and how to value them, How does Currency Trading Work, How are Currencies Traded, Investing in Commodities, What Fundamentals Affect Commodity Prices, What are ETF’s, What are Options, How are Options’ Prices Structured, Investing for Beginners Part 2 – Different Investment Strategies, When does Buy and Hold not Work, An Unconventional Approach to Buy and Hold, An Unconventional Approach to Buy and Hold Part 2, How the Investment Advisor Game is Played, An Introduction Into “Secular Investing”, Don’t Short When it Comes to Secular Investing, An Introduction into Trend Following, An Introduction into Technical Indicators, When does Trend Following Not Work, Risk Management for Trend Followers, Why Trend Following Isn’t that Useful Today, An Introduction to Contrarian Investing, Using Oscillators for Contrarian Investing 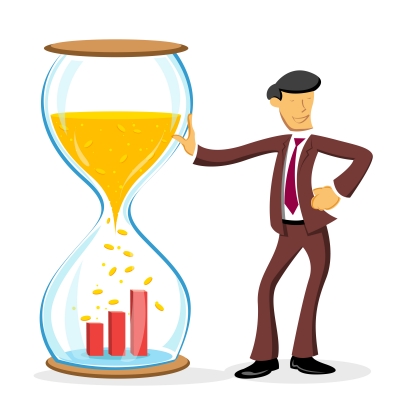 In the previous post I discussed the use of oscillators to make buy / sell decisions, primarily the Relative Strength Index Oscillator. The key point here for Contrarian Investing is that we’re looking for extremes. When the market reaches an extreme based on the Oscillator, a buy or sell signal is generated.

But there are other ways of determining if the market is Overbought or Oversold – this is done by looking at magnitude extremes and time extremes.

What is a Magnitude Extreme

A magnitude extreme is when the market has moved an unheard of percent in a certain direction. This “unheard of” percent is what’s known as magnitude extreme. The markets reflect investor psychology, which is basically just human psychology. When humans move in one direction (magnitude) to an extreme, there is a limit to how far humans can move (thus the magnitude is limited). This limit is known as the extreme.

So if history has never fallen by more than 20% in 10 days, what does that tell you? In the future, every time the market falls by 20% in 10 days it will be highly probably that the market will rally (mean reversion).

And what is the sole factor that you decide your investment decisions on? Probability.

What is a Time Extreme

So if no market in history has been in a straight decline for longer than 5 months, what does that tell you? In the future, every time the market falls straight for 5 months, it will be highly probable that the market will rally.

Why is Time Extreme more Useful than Magnitude Extreme

In terms of these 2 extremes, time extreme is more valuable than magnitude extreme. Why? Because of those quants. Quants are traders that use computer systems to trade. What they do is make magnitude extremes even more extreme. If a 20% decline was considered extreme before, thanks to quants 30% isn’t even considered extreme these days. Why? Because quants keep repeating the same intraday pattern – they push and push and push. That’s why a 30% decline will be extended into a 40% decline – that quants keep pushing that bearish pattern. However, the one thing that quants can’t mess with is time. They can mess with magnitude, but not time.