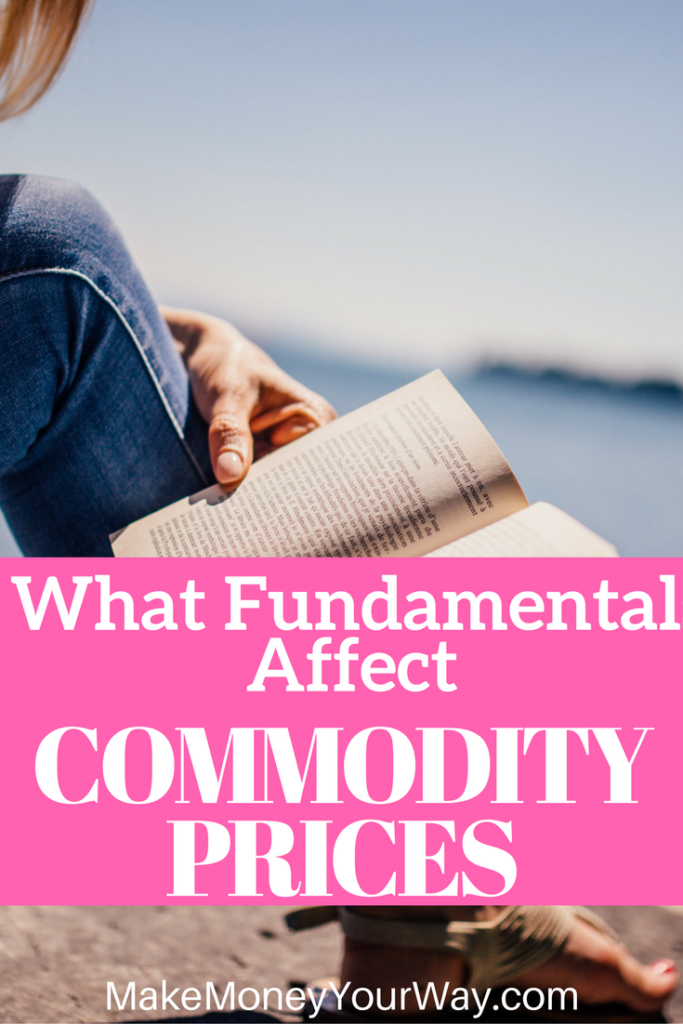 Good morning! Today Troy continues with the investing for beginners series. You can check the previous posts about What are stocks and how to value them, How does Currency Trading Work, How are Currencies Traded, Investing in Commodities

In the previous post I explained the basics of commodity investing. In this post, I’m going to explain exactly what fundamental factors affect commodity prices.

Inflation is a huge factor that can impact commodity prices. Thanks to the 1944 Bretton Woods agreement, all commodities are officially listed in U.S. dollars. Here are two important terms that you need to know

The real value of a commodity takes into account for inflation. Let’s assume that gold is at $1300 an ounce. If inflation increases by 100%, the nominal value will increase, but the real value is exactly the same. There’s just more U.S. dollars chasing after the same amount of gold in this world!

Right now, we are seeing the early phases of inflation where inflation will pick up but has not started yet. Ben Bernake (Chairman of the Federal Reserve) has a genius solution to America’s economic woes – print money! That’s essentially the name of the game for his consecutive rounds of Quantitative Easing (QE). Sooner or later, this money printing is going to catch up to him (or us American taxpayers, actually) with huge inflation. And what happens when inflation hits? Commodity prices skyrocket.

There is a fixed amount of supply in this world – it’s not like we can manufacture gold (alchemy!) or copper. On the other hand, demand is increasing exponentially. Can you imagine if every person in the world lived the way us Americans did! Considering the amount of stuff we waste each year (that’s how my relatives from Europe put it), the world’s resources would be depleted in a heart beat.

With developing nations increasing their standards of living, the world’s demand for raw materials such as oil and copper is outstripping supply. The Chinese are a huge buying force in the world – they are rebuilding their country after:

So really, China’s literally been rebuilding its entire country over the past 30 years. And because China is so big (both geographically and population wise), China consumes a ton of resources.

This trend in increasing demand and shrinking supply is only going to continue, thereby pushing up commodity prices. Factor in some more inflation thanks to King Bernake from the Federal Reserve, and you have the perfect set up for a long term bull market in commodities.

Thanks for reading! As I side note, I have something for y’all bloggers out there (and no, this is not an ad or a promotional gimmick). I’m trying out a new blogging software called Ghost for my site TradingSlugger.com. I like Ghost so much that I built a blog all about Ghost for beginners. So if you’re interested, just hop on over, and I have tutorials on how to install and use Ghost. Cheers!