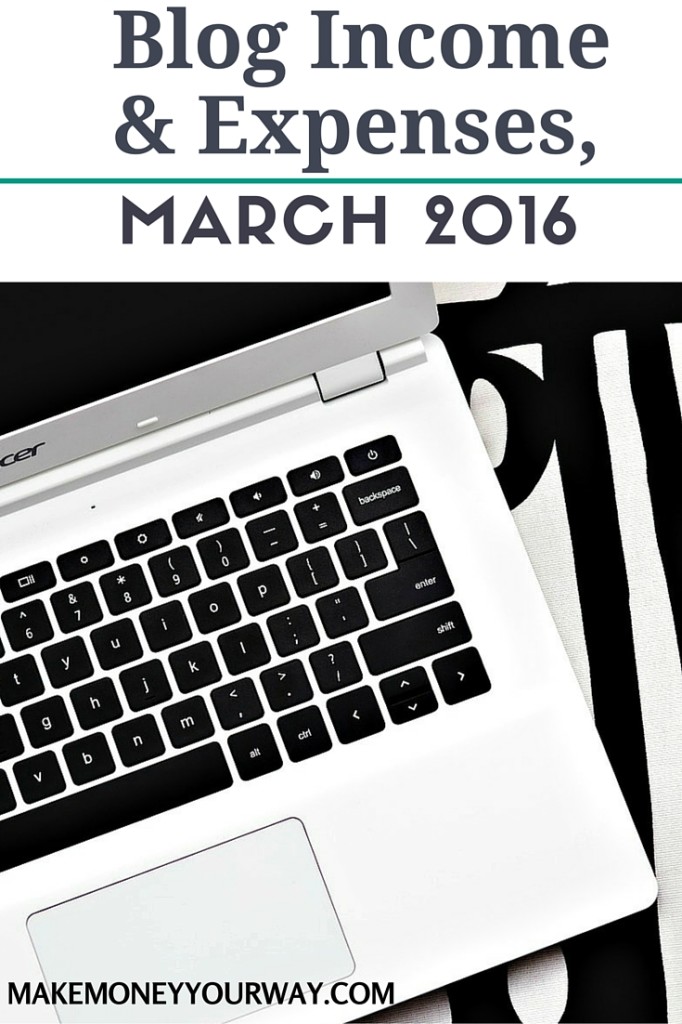 Welcome to my monthly income report! March was frustrating, because I thought I would reap a bit of what I sawed in January and February, but many things happened in real life, I spent many days offline, on planes and taking care of personal matters, and the blogs pretty much went back to auto-pilot. I still made it to Business Insider, HuffPost and a few more, which helped my domain authority quite a bit, with RFI’s being at 49 as of now, so I’m happy with that.

Back to a normal month, where my only expenses are my VA, a Godaddy domain and Hostgator hosting. Since the investments I made in blog design, ebook, etc. are long term ones, I didn’t see much of an impact just yet, and didn’t have time to research more avenues where my cash would be well spent.

$5 for an ebook cover on Fiverr

I am using Tailwind for my pins, which is paid for the year ($120, use the link to get a free month) and it saves a ton of time managing Pinterest.

I am planning on investing more on the blogs during Q2, but don’t know where to as of now. 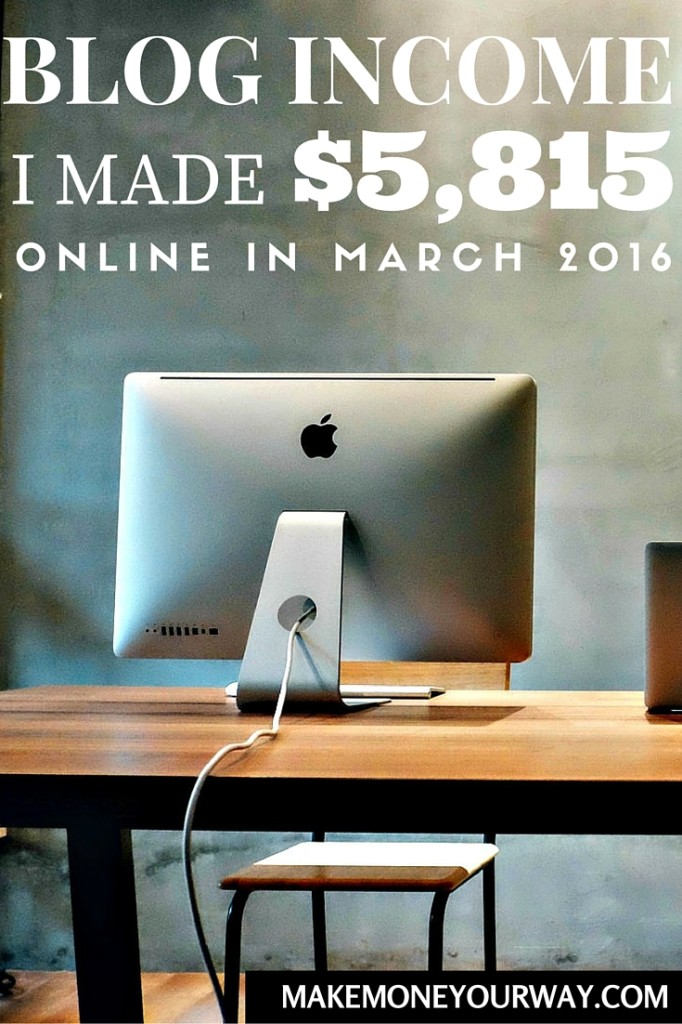 Freelancing for other sites and non blogging ventures: $770.

As a result of having less time, I scaled back on writing and only made $770, compared to $4,000 last month. I was really motivated to make more last month to cover the cost of going to a financial bloggers conference in San Diego in September, and having no goal this month made me take it easy.

An average month that was expected due to less hustling but still a bit of a downer considering the investments of January and February. Blogging is hard work!

As usual, 10% of that income will go to finance an education project in my village, I am in the red at the moment as the project costs about $800 a month which is well over 10% but it is going well! I am adding more computers and more English classes for the kids.

What are your blogging goals this month?