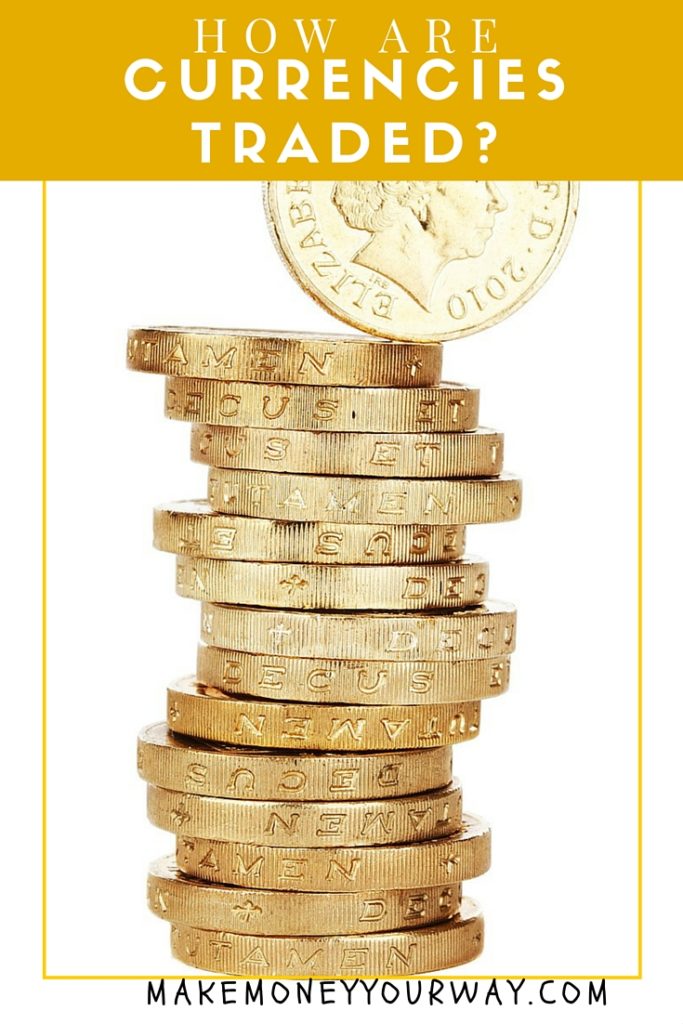 Good morning! Today Troy continues with the investing for beginners series. You can check the previous posts below:

What are stocks and how to value them,

How does Currency Trading Work

First of all, currency fluctuations, on their own, are very, very small.

For example, year-to-date (from the beginning of 2013 until now) the Euro has advanced a mere 3%! That’s ridiculously small! 3% is chicken scratch, much less than the 25% that the U.S. stock market has generated this year (assuming you’re looking at the S&P500).

Thus, in order to make a decent amount of money, currency traders must employ a ton of leverage (borrowed money) on their forex trading platform. As you probably know, leverage increases your potential returns but also you’re risk.

The standard amount of leverage that currency traders employ is 10x. That means for every $1 you have, you will borrow $9, thereby multiplying your total position size by 10 times. Thus, a mere 3% gain, multiplied by 10, becomes 30%. Of course, if you lose 3%, 10x leverage will increase your losses to 30%. But because fluctuations are so small in the currency market, currency traders have no choice but to use leverage.

Currency Traders are Short Term Traders, which does not include “buy and hold”.

Take a look at the chart below:

The chart above is the 1 year chart for Euro:USD. As you can see, the individual fluctuations are small: usually no more than 6 cents up or 6 cents down. However, coupled with a 10x leverage, that 6 cents soon turns into a 60 cent gain or loss (6×10 = 60). 60 cents is equivalent to a 50% fluctuation.

Because currencies tend to fluctuate within a range, all currency traders are making short term bets. These short term bets can range from a mere hours to weeks, but no more. Thus, currency trading is definitely not for a long term investor, because there are no long term profits (as mentioned, Euro from year-to-date has increased a mere 3 cents)!

The currency market is arguably the market that most involves the fundamentals of an entire nation. Whereas a huge part of the stock market is about small fundamentals (eg are the companies revenues increasing? Are costs decreasing?), currencies are mainly affected by national fundamentals (eg how is America’s balance of trade? How is Europe’s economy doing as a whole?).

That is one of the things that got me attracted to currencies in the first place. I’ve always been a social science kind of guy – I love to understand how the world works.

Thus, although currencies typically swing within a range, there are general trends. For example, the Euro has been generally increasing in value this year although it has had some pretty big swings. These general trends are always caused by fundamentals. Compared to 2012, the economic situation in Europe has improved drastically (hurray for green shoots!). That’s why the Euro has been generally appreciating relative to the USD this year.

So if you do intend on trading currencies, always make sure you know what the fundamentals of a nation (or in Europe’s case, a federation) are. Is the country’s economy improving or getting worse?