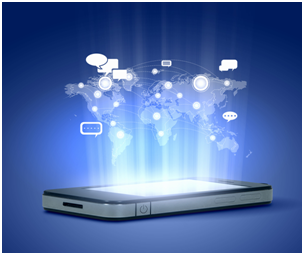 According to a recent study, the ‘neuro-enhancement’ industry is worth a staggering $1bn a year, and by 2015 it’s projected to be worth $8bn. Whether it’s supplements, special ‘functional’ drinks or apps, millions of people around the globe are committed to improving their brain power- and who wouldn’t be?

Although the brain is not technically a muscle, it does require regular stimulation in order to work at its best. When we use a particular part of our brain more blood is pumped there in order to provide enough energy and, like a muscle, it will increase in size. Take taxi drivers for example, studies have proven that cabbies have a larger than average hippocampus, an area of the brain linked to spatial awareness and memory- that’s because they’ve trained their brain to learn thousands of routes and remap them when there’re obstacles. Stimulating our brains through brain training apps can improve memory and reaction speed, and some even claim to reduce the risk of dementia and Alzheimer. Of course, there are skeptics out there, as to whether these apps really do work- but with our top free picks below, you can try them out for yourself and decide!

With over 50 million members worldwide, the benefits of Lumosity’s brain training app have been recorded in 7 published studies since 2007, and with both University researchers and scientists on board it’s undoubtedly the best free brain training app out there. Select the areas you want to improve, from your attention span to memory and improve them through the daily games.

For the brainiacs among us, this app’s for you! With 108 exercises, these puzzles and problems are so tricky that only 1% of the population is able to solve them! So push your brain to the limit as you tackle exercises testing memory, attention, flexibility, speed and problem solving. And you know what to do if it’s too difficult- improve with Lumosity!

Poker is a great way to stimulate the mind and get the blood pumping round. Players need to be able to think on their feet and use their brain in the areas of problem solving, memory and attention. The Rush Poker app allows players to play their favourite card games on the go, face new opponents at every hand and win real money.