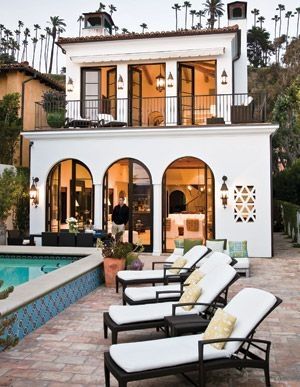 The costs of an international wire transfer are far from being straightforward, and thus, most people fail to effectively compare between the different payment providers (banks and commercial firms).

Often times, people don’t even realize the vast amount of saving that can be yielded through appropriate, full-fledged, research, and don’t make even the slightest effort to understand the fee structure before commencing on an international transfer process.

When it comes to high-volume or frequent transfers, such as moving pension funds between countries, paying for an overseas mortgage, buying a house abroad, or supporting overseas relatives, it is possible saving will amount to a 4 digit dollar figure.

Though this number may seem exaggerated to those who are not well-versed in the international wire domain, it is definitely achievable considering the grand fees induced with each transfer when you do them through the wrong facilities.

The most common type of fees:

0%, “free transfer”, limited time discounts, and other forms of promotions are meaningless in most cases in the world of foreign exchange. The only thing that matters is how much money will the person on the other side of the transfer get in his domestic currency? The actual cost breakdown is insignificant.

A “0% commission” policy which is very common with U.S banks doesn’t indicate that indeed the bank would not earn a profit – on the contrary, it might signify the exchange rate mark-ups are wide. A “free transfer” doesn’t mean the entire process is free of charge, it just means no fixed wire costs will be applied. “Discount codes” are often just a promotional smoke-screens which bear no genuine discounts; alas, they are means to make customers feel they’re getting a better pricing than others, although they aren’t.

How buying a house in Spain costs up to $8,000 just in foreign exchange fees:

If John, who is residing in the USA and has a US dollar account just bought an incredible summer-house in Palma de Mallorca for €100,000 in cash, he should be sending about USD 108,000 in accordance with the current interbank rate.

What happens if John would send USD 50,000 as a down-payment, and will be paying a EUR 500 per month in mortgage payments, for a period of 10 years?

For each mortgage payment, a $30 fixed wire fee shall be charged, in addition to $20 in exchange rate mark-ups. Over a 10 year period, mortgage payment wire costs would be in the region of $6,000. With the EUR 50,000 sent as a down payment, John would be spending more than $8,000 in foreign exchange fees for his overseas investment.

That truly is an eerie figure to be paying for a relatively cheap asset. Just imagine how much would have John paid in fees if he wanted to buy an asset in Manhattan (costing $2m on average) from his Euro account in Spain?

There’s a multitude of companies who have identified the market gap when it comes to overseas investments or payments. At the end of the day, currency is a wholesale business, and a commercial company doesn’t have to be “bank-like expensive” to make a sustainable business and be profitable.

Take John’s case for example. What would have happened if the exchange rate margins would have been tightened up a bit? Instead of charging a flat 3% of each transfer (plus 1% in recipient fees), only 1% would have incurred, in total. Instead of charging $30 per wire, the company would have provided this service for free (because it is essentially costing them pennies to transact via SWIFT system).

In his case, the currency service handling his money would have still make more than $1,000 in fees from John, while John would have saved 75-90% of his foreign exchange related costs. A genuine win-win situation.

How to find the right companies:

There are a lot of very good companies that operate exactly as described. They know their biggest selling point is favorable pricing against banks, and this is exactly how they sell themselves. They transfer international wires abroad for approximately 1% in total costs.

The biggest differentiator between them is the clients they can serve, and currencies they handle.

Client location: Each company can accept clients from different regions, based on whether they are locally authorized. The U.S is particularly tricky. If you want to operate in a certain state, you have to be locally approved by that state’s financial services department, in addition to being authorized on a federal level by FinCEN. There’s a relatively low number of companies which are able to operate on most states.

All other factors are somewhat similar between these firms. Most of them can handle both private clients and corporate clients. Most of them move money for around the same margins. Most of these companies have online platforms, and telephone center. Above all – any company offering these services would be subject to a large regulator’s approval (usually the United Kingdom FCA) which will ensure clients’ accounts are segregated from company funds, and thus, in cases of bankruptcy, clients should remain unharmed.

To further optimize the price you are getting, if you are move significant volumes of money abroad, you are definitely advised to compare between different providers, and discuss pricing with them. As with other wholesale businesses, you might discover you are getting better rates by persistence and negotiation.