It is time for another instalment of the awesome side hustle ideas series. Here is the link to part 2, part 3 part 4, part 5  and part 6 as well if you missed them. And today I have got some more for you! If you want to share your unusual, weird, unheard of or well paying side hustle with my readers, please drop me a line at tdmpauline at gmail dot com, thank you! 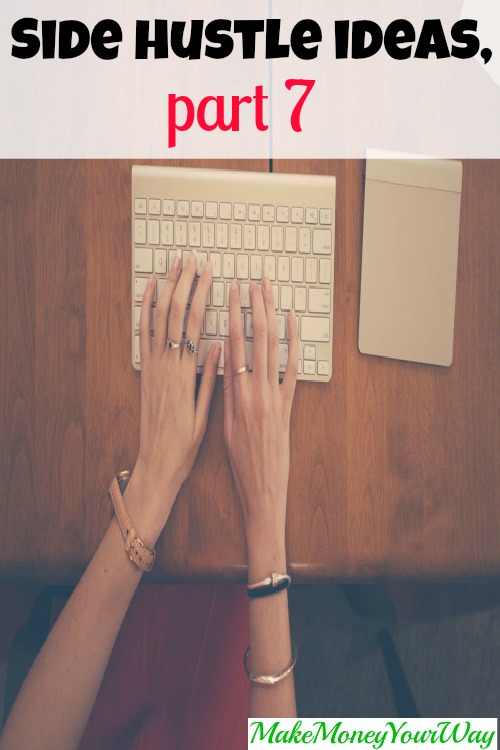 My favorite and most lucrative side hustle, like Alicia, has been tutoring.  Since she’s got that one covered, I thought I’d share some of my less than favorable experiences.

One summer, my husband and I decided to save up as many aluminum cans as we could.  His father is always scrapping metal, so we thought we’d give it a go.  We saved up from our own household, and also nabbed some off family and friends.  As fall approached, we took our two giant garbage bags in.  We waited in anticipation as they gave us the amount for final payout: $5.84.  We left deflated.

Another side hustle I’ve tried is creating t-shirt designs and selling them to consumers through Zazzle. This income has been completely passive.  I set it up 3 years ago and haven’t done a thing since.  The only problem?  My income from this source is sitting just under $10 as I’ve sold 4 items.  This, however, isn’t an example of a bad idea, but rather a lack of follow-through.  What I should do is market my shop like no other, and make my designs available not just on t-shirts, but things like coffee mugs and magnets.  Maybe I’ll actually get my act together someday.  But for now, I get excited every time I sell a polo after putting in zero effort.

Years ago I signed up to a number of market research panels, and since then I’ve done a few strange things in the name of market research. For the sake of cold hard cash, I’ve eaten KFC, sampled a range of margarines, and even had electrodes attached to my head. That took place in a downtown hotel conference room, where we all sat still for a couple of hours and watched a lot of Mr Bean, interspersed with a few ads, while they monitored our brain activity. Compensation varies but I’d say usually averages out to between $30-50 per hour. 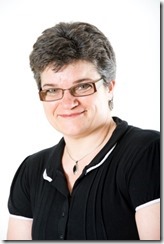 One of the ways in which I make money is by being an ‘expert’. This means that I am being invited to consult different organisations (mainly research funding organisations) and governments on how to spend their funding. I am also invited to evaluate research proposals or even the work of research programmes and organisations – great stuff and it usually involves travel to interesting places.

This is though a direct derivative of the competence I have in my ‘day job’ so not terribly exciting or creative.

What I want to tell you about is different.

You know how on The Money Principle I’ve been writing a lot about spotting business and investment opportunities? This is what I’d like to tell you about.

One of my ideas is to invest in buying a taxi. It may not sound as much but I’ve researched it. It turns out that you could buy a car as part of someone’s taxi company. You can even pay them to manage it. Thing is that there is an unwritten agreement that the split between the driver and the owner of the car is 50:50 of the take. Driver keeps the tips and owner covers expenses.

There are different models cars that are appropriate (we are very regulated here in the UK) but generally the more seats the better. We are looking for an eight seats Mercedes Vito, which will cost up to £10,000 ($16,500) second hand.

Not a bad ROI and it is the closest to passive income. All elements of this hustle are coming together: we have connections, we have capital and we are looking for a car.

Watch this space and I’ll let you all know how it works out.

– Maria from The Money Principle 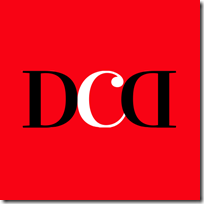 This Summer I was able to make some extra money when the Tour De France came to England and started off in my hometown of Yorkshire. I’m not too bad with a sewing machine, so I decided to make some Tour De France celebration bunting for locals to display to show their support for this legendary event. Before I did this, I checked out the competition first on eBay and Etsy (a handmade online market place) to see if other people had already beaten me to it in relation to this idea. I found that some people were in fact already making bunting and although it looked really good, I took a risk and decided to make some anyway.

I knew I had to make mine stand out from the others on offer, so I decided to make my bunting in the form of individual jersey pieces in the ‘four leaders’ colours rather than standard triangle bunting. They sold like hot cakes at £14 per item and I struggled to make them fast enough! I made £550 in sales and after expenses, I made a profit of £465 in just one month! It’s well worth looking out for local events which you can support and make money from at the same time.