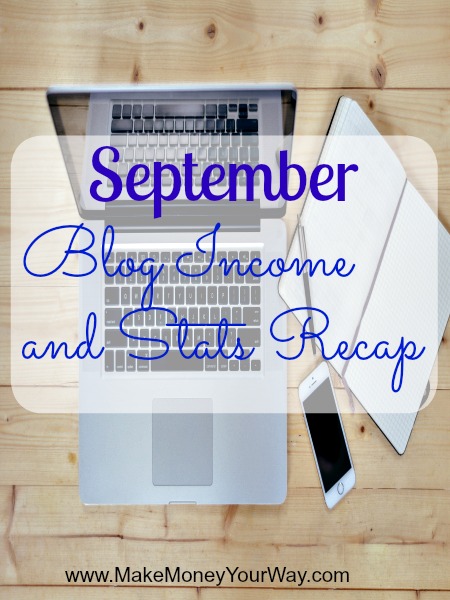 Welcome to the third blog income and stats recap of MMYW! While I hadn’t disclosed income from Reach Financial Independence so far, I will also add it here since the whole blogging thing is considered one endeavor. For example, my VA has been working on both sites for the past couple of months. You can check my July income  $4,042 here and my August income $2,530 there.

Virtual assistant and staff writing: $337. The VA works 20 hours per week. I wouldn’t have hired her just to take care of RFI but that is a welcome help with the extra work on MMYW, which is why all her salary goes to MMYW, and the staff writing is only on MMYW as well. As I am traveling around Europe and Morocco for 10 weeks I have had more staff posts than usual.

$3,212. This is a mix of Adsense, affiliate sales, and direct advertising, plus a little income I got from my ad referral network’s commissions. Contact me if you are interested in joining the ad network!   September was a good month overall, I made $100 from sponsored tweets and FB as well. Not my best month ever but pretty solid considering I was traveling for the whole month.

$95. Yay, we landed some advertising! Still haven’t checked on Adsense how much revenue is generated here so I just put everything on RFI (yes, it’s been three months and I still haven’t done it. Life has been hectic). That PageRank update seems to be taking forever which is a bit depressing, but I have a couple more deals in the pipeline and hope ad reps will start looking for other metrics instead.

$2,970. September was better than August by about $700 so no complains here. Hoping for an even better October :).

The school year ends on November 30th so that is when the best two students will be announced, then I’ll check with them what they want to study. If I have money left over I will help middle school students buy uniforms and school supplies for next year. 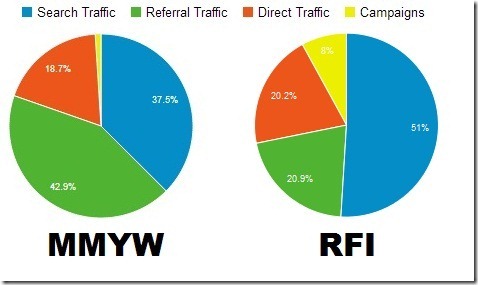 As I have been traveling for the past 6 weeks RFI has been quite neglected, however traffic is still decent.

Because MMYW started one year after RFI, I will compare the stats I can find. Back in July 2012, I was blogging in a cave, waiting for the world to come and find me. I had a Twitter account I rarely used, read a ton of PF sites but seldom said hi or left a comment, and didn’t network a bit. It lasted until mid September 2012. So for the first two months, I am pretty sure MMYW will crush RFI’s stats.

Sorry about the lack of information on RFI, I installed Analytics in September when the blog was 2 months old. Even in September, a 100 unique day was considered a good day. I installed MMYW’s Analytics on July 1st and it hasn’t had a day under 100 visitors! Pretty good considering there are only 3 new posts a week. I was posting 6-7 times on RFI!

The FB page launched later in July and hasn’t benefited from a SHAMELESS PLUG, PLEASE LIKE MMYW ON FB!! hehe.

I am very happy about being under 100K on Alexa too, you guys rock, thank you!