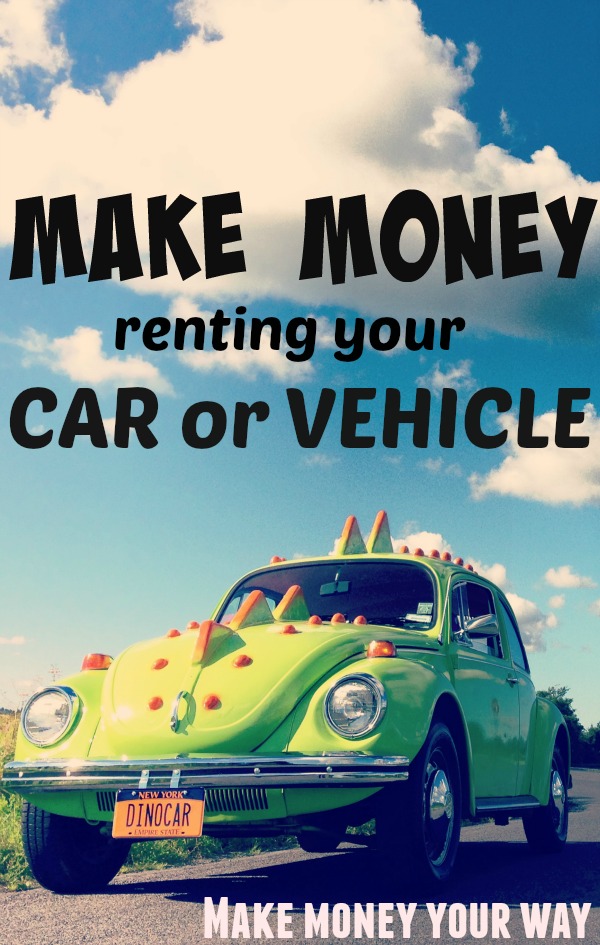 Back in August, I rented my motorcycle to a friend of BF’s who wanted to visit France with his girlfriend for 10 days. He could have gone to the official BMW motorcycle rental companies and paid around $130 per day for a week rental. It was also likely that the process would have been pretty complicated trying to get a rental vehicle with a Guatemalan passport. Instead, I just added a lending clause to my insurance policy and made a deal with him at $100 per day. Another options would have been to get short term insurance for him. You can get one day insurance from I4AD and similar companies.

BF is an avid rider and knows lots of Guatemalan riders, some of them may rent the bike again in the future. And with $1,000 in my pocket, the $1,500 I paid at the last minute to fly back to France for an eight weeks bike trip didn’t hurt that much.

My bike is parked at my mum’s most of the year. I used to have it at a friend’s place and my friend would use it, but now it just sits idle. Making extra money off it is a win win for a renter and for myself, and as an added bonus, the bike gets started, meaning the battery doesn’t get flat and the other components don’t get damaged by the lack of use.

Want to rent a BMW F650GS 800cc for your European holiday?

Rent your car while on holidays

There is a new company that started up in San Francisco called FlightCar, the idea is that instead of paying $20 or more a day to park at the airport while you are away, a valet from FlightCar picks your car up, and puts it up for rent.

At the moment, you get free parking, a free wash before and after the rental, and a $10 gas voucher for each day your car was rented. If it doesn’t rent, you still get free parking and a wash.

FlightCar also insures your car while someone else is driving it, they pay you $0.35 per mile over the 90 miles a day limit, cover the potential fines and even fill up your tank if the renter brought the car back with less gas.

While I have never tried it, I love all those sharing business models, where you can make money of something that would otherwise have cost you a bundle.

On the renter’s side, there are also big savings to be made when choosing FlightCar over a classic rental company.

Another such site is Ouicar.fr in France, where anyone can list their car anywhere with availability, and rent it to someone else.

Another interesting site is Blablacar, which is a marketplace for people who go on a road trip and travelers looking for a ride. For a small fee of about $10 per 100 miles, you can book your ride from the comfort of your home instead of waiting for hours at the junction hoping someone will give you a ride.

In France it is pretty popular because we have very few buses, and the train at the last minute is really expensive. Blablacar also exists in the UK.

I have used a few similar sites that were only for rides within France, and taken a few people with me while driving my car from Paris to Morocco a few years back. It was fun but the ride wasn’t 100% confirmed until the person actually got in your car, and two defaulted, preventing me from booking other people. With Blablacar people prepay with their credit card via the site so your money is guaranteed.

While Blablacar is for people who already know where they are going and try to get travelers to share the ride, on sites like TaskRabbit, people list their needs for a ride and you can bid to do the job.

Unless your rate is high enough to make up for your time and car depreciation, I would recommend you only take people if you plan on riding there anyway. For example if you work near the airport, there are people asking for airport rides all the time, you can take them and it would just be an extra 10 minutes out of your way. If you go specially for that, wake up at 4am so the person can make their 530 flight, and ride back home with all the inbound traffic going to work, you lost 3 hours to make $20 minus expenses, that is a poor operation.

On a related topic, I would advise against giving friends rides for gas money and a (rarely) bit extra, it is not worth your time and can leave you bitter if you do it for the extra cash. Do it as a favor, don’t think about it further. If you own a van and are the go to person when all your friends are moving however, you can set a rate a bit below a normal van rental, and let them have the vehicle for the day, without you as a free mover on top, unless you really want to help.

Another idea that comes to mind is taking on a paper route, but the car depreciation stopping and turning on your vehicle dozens of times plus gas, plus time doesn’t seem like a bargain.

Always make sure that you are properly insured before you take on any of those jobs!

How else can one make money thanks to one’s vehicle?

Money Stepper suggest you make money advertising on your car as well!