Following my post from the other day about all my failed attempts to make money online, I want to share how I have managed to make money those past few years, and how you can too. 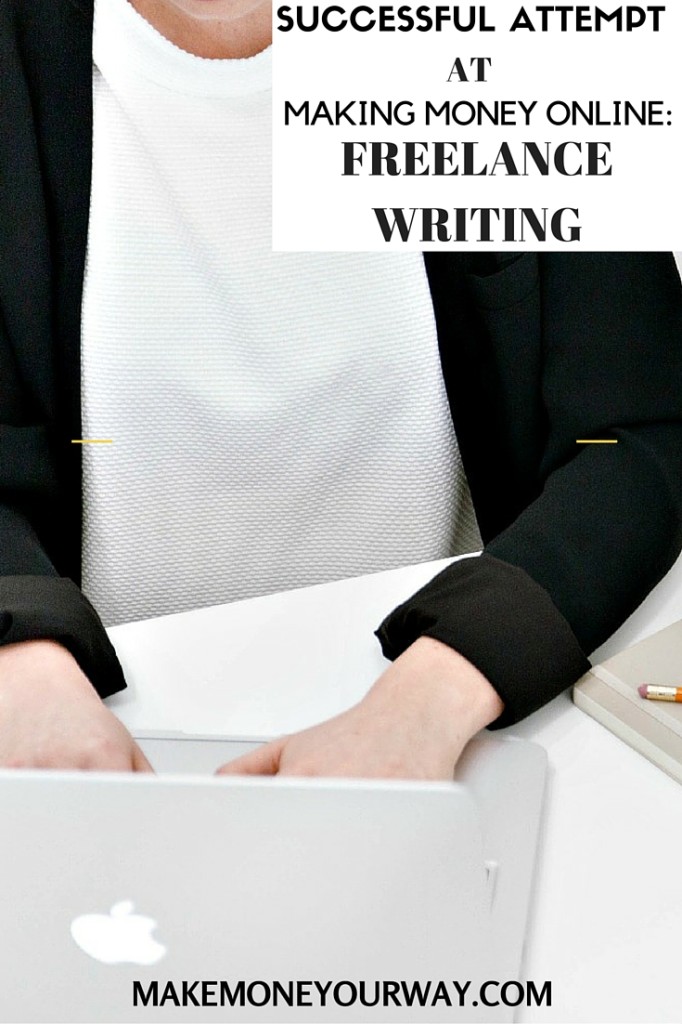 I first started writing for a travel website in 2007. A friend of a friend had started a social travel site, a mix between FB and tripadvisor, where travelers gave their opinions about sites and you could also have your little travel blog for your family and friends to follow your adventures, or random travelers to spot you on a map and meet up. I can’t disclose the website because all the posts were supposed to be genuine from travelers, and mine were my honest opinion about the places I had really visited, complete with my own pictures, but I was not supposed to be compensated for it. What did they win with that arrangement? A quickly populated database, with all the 60+ countries I had visited, bringing more traffic to their sites and more comments from other travelers. We were a dozen freelance writers hired for the job. Some of my posts were quick “This hotel was clean, had 25 rooms and charged $46 per night” and others were real travel diaries, with all the details about border crossings and bus timetables.

As I was still employed full time, this side gig paid for all my travel expenses during the holidays and even when I was at home, I could talk about nearby restaurants and museums that would be of interest to foreigners visiting the area. It was a great job, and thanks to the exposure they brought me, a similar site contacted me to do the same for them. I could talk about the same places I had visited, just not copy past obviously, but would make double the money on just one trip! A few months later, the original site expanded to another country where I also spoke the language, and they asked me to translate all my posts. Triple money! Then another friend started a similar website and hired me too. It was awesome.

Lessons learned:  it is often easier to network than to try to find a gig through Elance. In the personal finance niche where I now own two blogs, you will often see the same staff writers everywhere, because their work is already published, so site owners know the quality, and the writers know the niche and the kind of content that is expected from them. If you want to start as a freelance writer, you may want to get to know blog owners first, via commenting or direct message, show your interest for their niche, then start offering your services.

Because you want this gig to last, don’t get into a niche where you have little to say. After 5 years of travel writing, I was a bit burned out, and thought most of my posts, even though the country was different, were repeating the same thing, but I managed to write over 5,000 posts on the subject. You can write about life as a new mum, your pet, money, travel, cars, philosophy… but you have to be able to produce content.

How much money can you make freelance writing?

It greatly depends of a number of things. With one travel website, I was getting $5 for a 200 word post with a picture. I had been to the place, so it was like writing a journal, and the post would take me 5 minutes. I had a routine to write 10 posts then copy paste them into a user friendly platform with the picture, that would take me about an hour, so $50/hour. I used to write 200 mini posts per month, and usually took two or three intense days at the end of the month to turn them over in one go. Three days work for $1,000 was great, plus the time spent taking pictures during my trips (that I would take anyway) and jotting down names, prices, and topic ideas. The posts I was translating I got the same $5, but the post was already written so I could translate twice as much in the same time, raising the hourly rate to $100.

Then I got a contract to write more detailed posts, that required a little more facts, so even though I had visited the country I had to take notes or check back the exact entrance fee to a museum or visiting hours, and I would charge $30 to $40 for a 600 word post, more for a longer post.

Generally speaking, a rate of $25-$50 is what you can expect for a 600-800 word post that is well written and not too researched (like this one, it required no research, the story was in my head). If you start researching your topic more, provide data, sources, and can justify the investigation behind the post, you can ask for $75-$100 or more.

It then depends on the site who would buy your article. A small second tier blog will not pay the same as a top website. I was offered a writing gig for an established expat website and the rate was $150 for a full post, no specified length but they were usually over 1,000 words, and $50 if you wrote a smaller excerpt to be sent in the site’s newsletter.

My rate for a 2,000 word travel story in a paper magazine with quality pictures was $300.

Last thing to consider is how often would a site buy a post from you. Your rate should not be the same for a one off post than for a weekly feature. Especially if you have your own website and also benefit from the recurring exposure from that higher ranking site. You will want to get that gig even if it means lowering your usual rates a little.

See you next week for the third installment of this series and the next way I have made money online!

This post was featured on the Mintingnickles, Monster Piggy Bank, Journey to Saving, Frugal Rules, thank you!