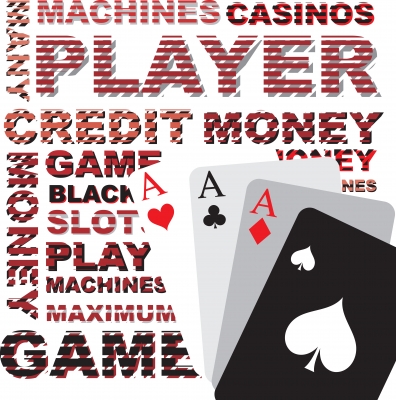 There are many people throughout history who have made a claim to be professional gamblers. In each and every case – these people either have a system or are lucky. And in the latter “lucky” camp, there are very few, if any, gamblers, who can replicate their success.

The truth is that if you gamble at games of chance, where no judgement whatsoever is involed, you have to be luckier than average to make a steady profit. Play on long enough, and the laws of probability average out over time. If you’re playing in a zero sum game of chance against friends, you’ll basically come out even – given sufficient time. So in traditional games of pitch and toss, for example, which is completely down to chance as long as the coins used are “true” then two friends playing against each other will tend towards even money; i.e. they’ll come out level if they play long enough.

The trouble with this sort of gambling is that, in most countries, it’s illegal. So most of us go to the next best thing in games of chance, whereby gambling is legalised – casinos. Here, the odds approach even money on games like blackjack or in roulette. So, for example, if you bet red or black, odd or even on a roulette table, you have an 18 from 37 chance of winning at European roulette (where there is one green zero slot on the wheel) and a slightly lesser 18 from 38 chance on U.S wheels with a second double zero slot.

Now this may not sound like much, and it isn’t. But if you play on long enough, the zero slots give the house the crucial house edge. And it’s that small percentage accumulated over enough players over sufficient time that has helped build the multi-billion dollar casino industry. And now, that same industry is burgeoning in its online versions.

So always educate yourself before you put your money down in a casino whether real or virtual; there’s nothing wrong with a bit of fun, but if you play in a casino at games of pure chance for long enough, you are going to lose.

This is not, necessarily, the case with any forms of gambling where judgement is involved, of course. If you have a particular insight into a sport, for example, that is better than the average person’s – and you have the statistician’s detached resolve to keep backing your judgement which has proven itself to be superior to the market’s, then you may be onto something. But such shrewd judges who can keep themselves in check, and not get too carried away, and who are prepared to accept losses on a three steps forward, two steps back type basis, are very few and far between.

It does happen with sports gamblers and percentage poker players who can accurately read a game, but it’s rare. And remember that most of us think we have what it takes – but few do in reality. So try and prove it first with meaningless value stakes and build up gradually before you trust your own judgement too much.

In any case, you want to keep track of your betting records, to see how you are performing. Sites like Bet Bind can help you follow your progress and make sure gambling pays.