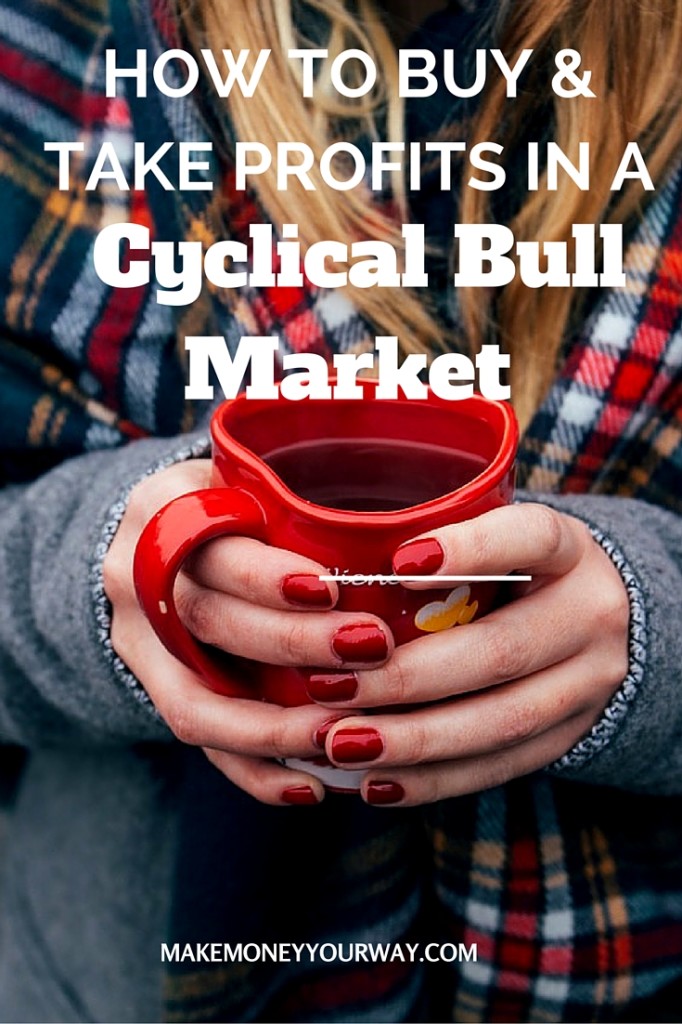 In every investment, there are 2 critical parts

So what do you do once you recognize that the fundamentals are changing from cyclical bear to cyclical bull?

“Catching the falling knife” is dangerous. This means that unless you are a professional trader, do not attempt to buy more into your investment as the market falls (or, as some people call it, “buy on the dip”). Why? Because in many cases, the “dip” isn’t a dip. It’s the beginning of the mother of all avalanches.

Here’s an example. In January 2009, the U.S. economy stopped getting worse (you would be able to see that just by looking at the economic data). Thus, the market started changing from cyclical bear to cyclical bull. However, had you started buying in January 2009 (catching the falling knife), the market would have fallen another 40%. You missed the bottom by 40%! That’s a 40% loss!

Instead, what you should do is wait for the bottom to “be in”. Wait until the market has already bottomed out, and then start buying. How do you know if the “bottom is in”? Simple. Every market bottom has a couple of characteristics:

Once the bottom is in, there should be a V shaped rally. Most strong rallies are V shaped. This is based on the simple theory of mean reversion. When the market panics (deviates from the mean), it should snap back using an equally great force.

By the end of the 4-6 year cyclical bull market, you need to initiate your exist strategy. Here’s how: