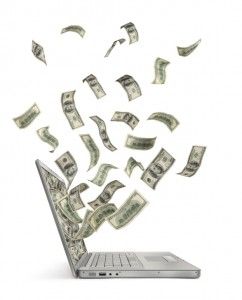 Welcome to the sixth blog income and stats recap of MMYW! While I hadn’t disclosed income from Reach Financial Independence so far, I am adding it here since the whole blogging thing is considered one endeavor. For example, my VA has been working on both sites for the past few months. MMYW is now six months old and I have bought my third blog five weeks ago.

Virtual assistant and staff writing: $250. I bought a final bunch of posts that are scheduled until May so I can take a break from expenses now.

Also sent the VA $50 for Christmas, which were mostly for her work on MMYW for the past 6 months.

Server migration $5. That was a Fiverr gig.

VA and staff writing $287. I moved the VA costs over there as most of the 20 hours per week were spent optimizing the new website.

EXPENSES TOTAL $542. Much cheaper than last month’s $673 but still expensive.

$2,265. This is a mix of Adsense, affiliate sales, and direct advertising, plus a little income I got from my ad referral network’s commissions. Contact me if you are interested in joining the ad network!

After a low November, December was pretty good. Adsense is up, affiliate sales are up, hope it stays this way in 2014.

$2,360. The PR update has finally happened early December and with that advertisers have a sudden interest in MMYW. I have to say they generally knock on RFI’s door and then I pitch them MMYW but many have accepted. I also put more affiliate banners and links here and there which have picked up nicely.

My 2013 goal was to make $3,000 with MMYW during its first 6 months. The 6 months mark was on January 1st, and that goal is a PASS at $3.080! However, I have spent a lot of money on the site, six months worth of VA, the staff posts and the hosting/odd Fiverr gig have eaten most of the profits. I will do a full breakdown soon.

If you read my post last month, you know I bought another PF website! I won’t disclose the URL or the sales price just yet, I started managing it on the 1st of December, but moved it a bit with my contacts during the last week of November, in hopes to start making back the sales price as soon as possible. My goal, as I explained in the post about closing the deal, is to make my money back in 6 months. The online world is a risky business and you never know when the rules will change. Anyway, since I bought it, I made just over 55% of the purchase price. 10% from November and 45% in December.

I gave it a theme makeover, and put a few affiliate links and banners, both Adsense and sales have been satisfying so far. I was lucky to be able to renew some existing deals that had expired, and brought a big of cash too.

I also had to buy some posts, and my VA is working on it a lot, so I her salary will be allocated mostly to the super secret website.

The school year ended on November 30th and I offered a full ride to the best two students to go to boarding school. So I am committed to those two kids for the next three years! That will set me back more than the $4,000 I collected but the school bills monthly and it should be just fine to reach the $5,000 a year my project needs.

I just paid the first $350 to enroll them and in a few days we’ll drive to the school to install them and buy uniforms and supplies. That is really exciting!

Pageviews are back up since I came back from Europe, which is good news but I am trying to improve search traffic so I don’t depend so much on being there or not.

Because MMYW started one year after RFI, I will compare the stats I can find. After almost 4 months of blogging in a cave, Q4 2012 was the time I really started to get out there. I guest posted everywhere that would have me and started making friends with other bloggers.

In November 2012, RFI jumped from PR0 to PR3, and so did MMYW in December, after a miracle, unexpected PageRank update.

Sorry about the lack of information on RFI, some info is not available in retrospect. But so far, MMYW is doing way better.

Super secret website is almost 2 years old. Here are the starting stats when I bought it. I think I may have lost the feed subscribers in the server migration but I need to double check that… My analytics are only 3 days old so I’ll start reporting next month.